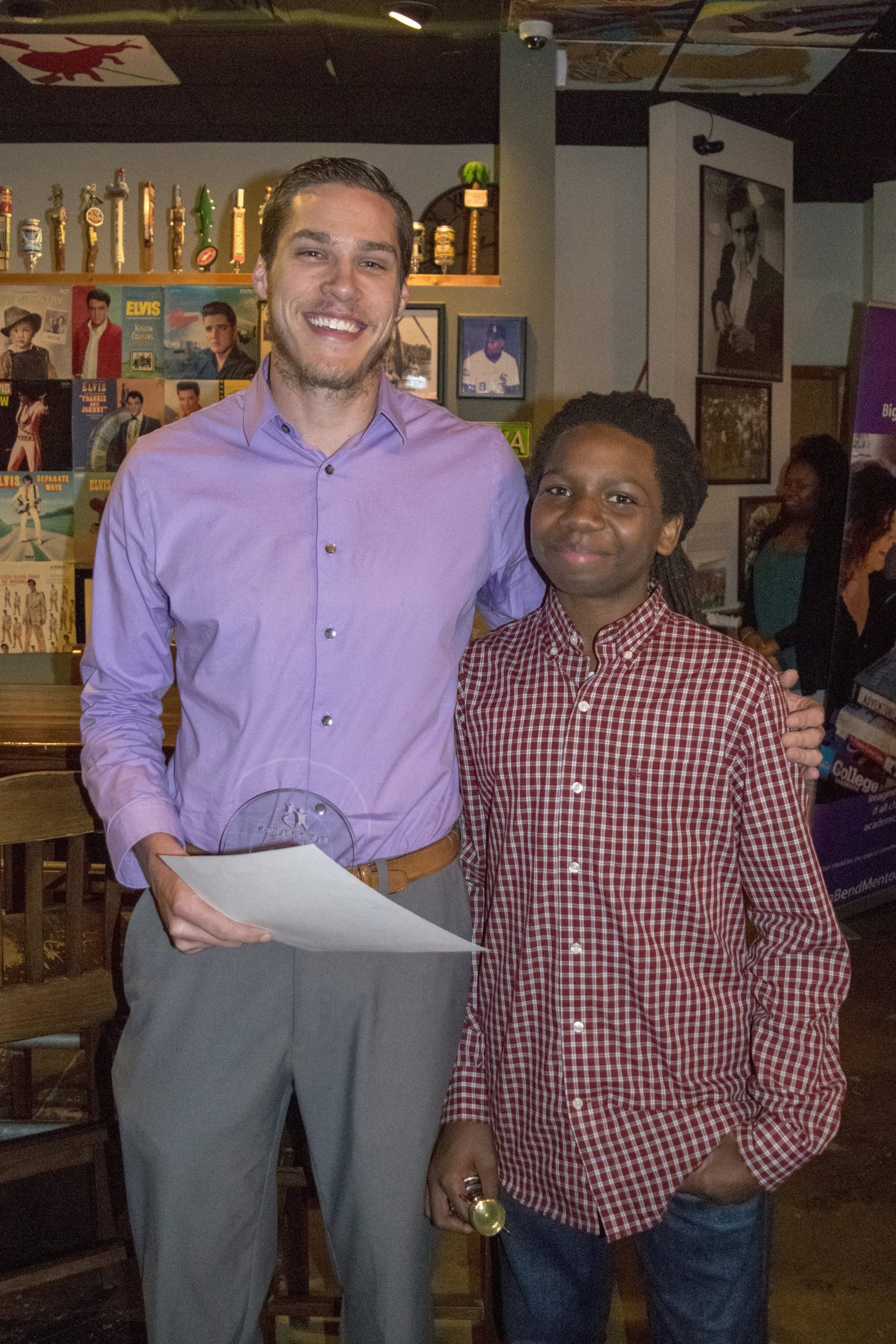 It’s February 26th, 2014. As I point my car in the direction of the Big Brothers Big Sisters office I remember being overtaken by an odd blend of feelings – excitement, nervousness, and inadequacy.

Excitement because I was about to meet my Little for the first time. More generally, I was excited because my parents had always imparted on me the importance of giving back, and this was my opportunity to do so.

Nervousness because the gravity of this moment was staring me right in the face. I’m about to become a part of a young man’s life.

Inadequacy because I was (and still am) far from a perfect person. At that time I was a 27 year-old who hated his job, lacked a social life, and generally was searching for fulfillment. I’m supposed to be a role model for this young man?!?

I remember feeling all of these things as I sat in the Big Brothers Big Sisters parking lot. Is this too much for me? Ultimately, the excitement and the obligation that I felt led me out of the car and towards the door even as the doubts lingered. But as I swung open the office door, the nervousness really started to take over. Can I do this?

Only feet away from where my Little is waiting, I find a momentary sense of calm. You can do this, Jason.

My fleeting moment of calm is wiped quickly away as I step into our meeting room, where my Little, his mom, and his two brothers are waiting for me. Wow. The whole family is here. They’re staring at me. It’s quiet! Which one is my Little? Mom looks tough. Is everyone wearing black? Perfect. Funeral-esque. How appropriate. Wait. Someone is walking towards me. Is that my Little? Wow. He’s so much younger looking than I expected. He looks like he hates this. Say something, someone. Do I shake his hand? Do we hug? Do I hug mom? What do I do???

As much as I’d love to tell you that I found my footing and breezed through the meeting with my Little and his family, I didn’t. I flubbed my way through a few awkward sentences and could hardly get my Little to make eye contact with me. I stammered through some incoherent, non-committal response when our match specialist asked when I thought we might hang out for the first time. Truthfully, I still wasn’t convinced that there would be a first time. I was so in over my head.

The next morning a strange thing happened. Most of the doubts and fears had dissipated, and had been replaced by positivity. I woke up reinvigorated by the opportunity to get to know my Little more. I woke up excited at the prospect of becoming a mentor to this young man. I woke up knowing that getting to that point – where I could serve as a mentor – would be a process. I woke up knowing that the process might be hard, but that it would certainly be worthwhile. And I woke up with a belief that the process would expose my flaws, and in doing so, would make me a better person. That morning, I remembered why I embarked on the process to begin with.

Despite my initial doubts, it only took a few hang outs with my Little before I was more certain than ever that being a Big was one of the better decisions I had ever made. I believe firmly that the first few months of the program had a much bigger impact on my life than on his. In those first few months, my flaws were not only exposed, and exposed quickly, but they were exposed in a manner that made it more critical than ever to fix these flaws. Impatience. Selfishness. Lack of attentiveness. Etcetera. These flaws became so much more evident and so much more crucial when I had my Little looking to me as a model of proper behavior and character, and when they became impediments to the relationship that I wanted to build with him.

In a strange turn, the individual that I was supposed to be mentoring became the driving force for my own personal change. As the months turned into years, I became more patient, more selfless, more attentive, and in doing so I became a better role model. More importantly, I became able to offer my Little the type of relationship that he deserved.

It was only once I got to this point that I could help him make improvements in his life. I hesitate to share the improvements because I’ve always been impressed by my Little and how incredible of a young man he is, and because I deserve no credit for this. He’s always been intelligent, creative, artistic, fun loving, friendly, and really just an all around good person. What I hope is that I’ve instilled in him the belief that he is all of these things and more. I’ve seen his confidence blossom over the years. He’s gone from someone who wouldn’t make eye contact and got very quiet in the presence of a stranger to someone who opens up to new people very quickly. He’s held himself to a higher standard with his grades. He’s gone from being bullied for his different interests to establishing a business based on those interests (and one that was recently featured in the Tallahassee Democrat). As his mom would say, he’s grown into a “fun-sized man”.

I don’t think that either of us could have made improvements in our lives without having a very solid foundation though. Over the years, my Little and I have developed a pretty tight bond. We talk about school, we talk about girls, we talk about superheroes…we talk about everything. We try new things. We ask each other for advice. We challenge each other. We have fun. And we’ve created a lot of memories.

The memories are a good indication of the type of relationship that we’ve developed, but our relationship goes beyond that. And truthfully, I didn’t recognize it until one day in early 2017. It was a routine day for me until I got a phone call from an unfamiliar number. I geared myself up for a call from a customer and answered the phone with my best salesman voice (which isn’t very good by the way).

It wasn’t a call from a customer. It was a call from prison. From my Little’s dad, whom I had never met. I felt many of those same nerves that I experienced meeting my Little for the first time coming over me.

I still remember the conversation almost word-for-word to this day. My Little’s dad had called to thank me. He had called to let me know his appreciation for my being involved in his son’s life and for being there for his family. The love and appreciation that came from a man that I had never met was almost overwhelming. I remember being moved to tears, but also being struck by the clarity of what my Little and my’s relationship had become. Family.

What a juxtaposition to that day in February of 2014. All the doubts. All the feelings of inadequacy. All the awkward moments. The growing pains. The frustrations. What a process – a truly worthwhile process.