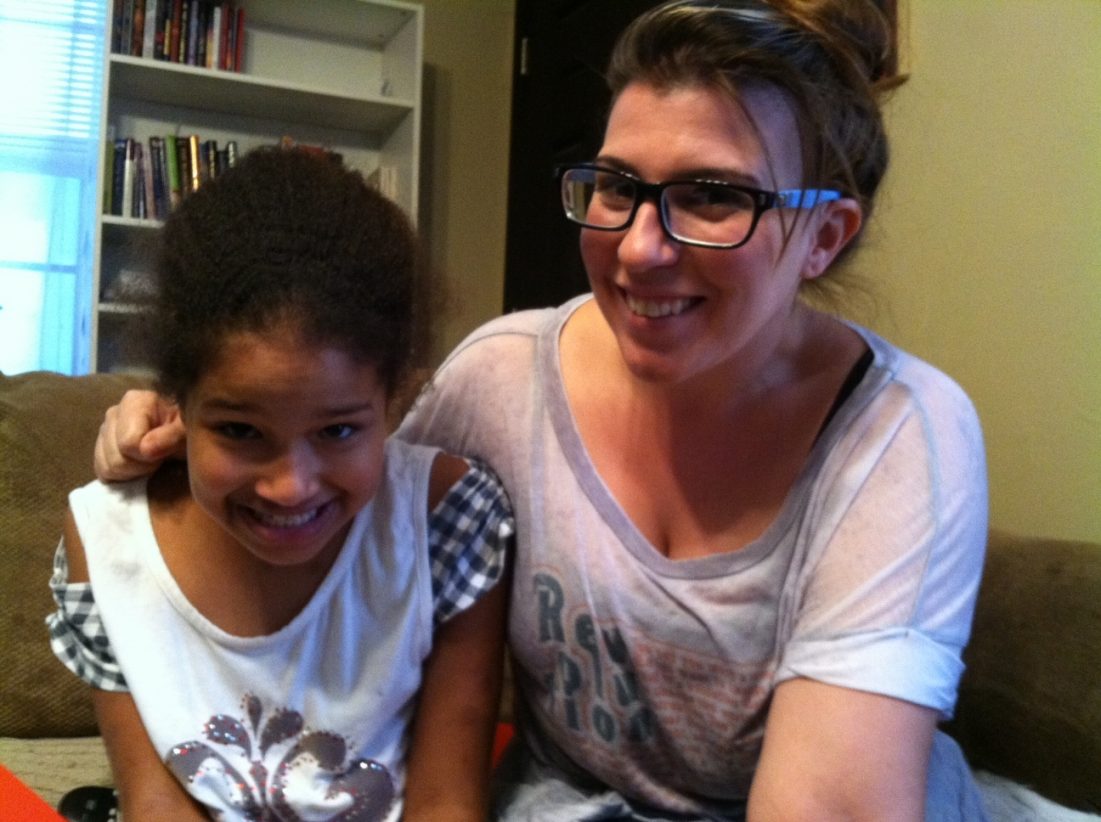 Throughout the years, Makenzie and Barby have done a lot together. They’ve gone out to eat, walked around bookstores, visited malls, seen movies, and spent time at the library. One year, Barby took Makenzie to see FSU’s ballet and the two got to talk to some of the ballerinas after the show. They also attending The Longest Table where Makenzie got to meet the mayor of Tallahassee.

Though they are very close now, there was a point in time where Barby wasn’t sure if she was really making a difference in Makenzie’s life.

Two years into their match, they attended an FSU basketball game together. At the game, Little Sister Makenzie wouldn’t sit next to her Big Sister and spent a lot of the game walking up and

down the stairs, disconnected from the event and Barby. On the drive home, Barby really began to question whether she was making a difference the way she wanted to, when Makenzie opened up and thanked her for always being there for her.

Barby says that car ride home was a turning point in their relationship.

When asked what her favorite activity with her Big has been so far, Makenzie couldn’t come up with a single event, but instead said “branching out and doing new things that I might have been scared to try.”

The pair have grown a lot together over the years and will continue to do so. We asked Barby how long she sees herself being a Big Sister. Her response? “Indefinitely.”