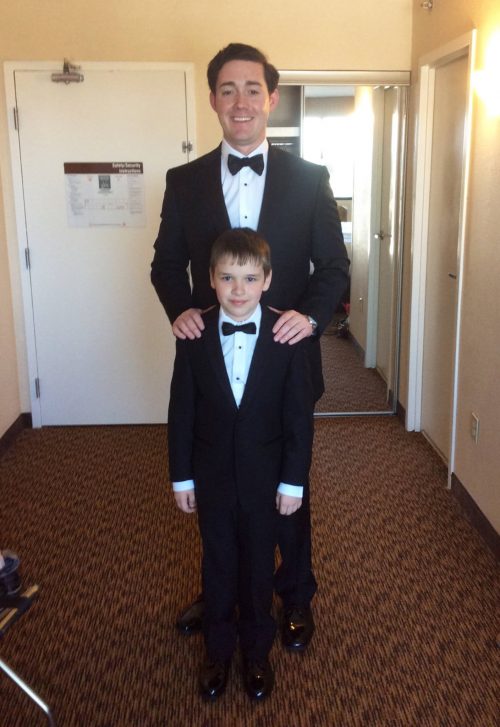 Big Brother Will and Little Brother Gunner will celebrate their 5 year match anniversary next month.

When Will first inquired about volunteering with Big Brothers Big Sisters back in 2012, he said he was motivated by a drive to help prevent children from falling into poor lifestyle choices and ultimately, he wanted to be a positive role model for an at-risk youth.

At the day of their match meeting in 2013, Little Brother Gunner looked happier than a child on Christmas morning. For some of their first outings, the two went to FunStation, a park, and bowling.

When Will found out Gunner was having trouble with reading, he stepped in and started taking him to the library and encouraging him to read more. Now, almost 5 years later, Gunner’s mom has said he is doing very well in school and has been on the AB honor roll at his school.

As the match progressed over the years, so did Gunner and Will’s friendship. The list of activities they have done together is one of the longest at our agency! They have attended various sporting events, visited museums, watched plenty of movies, and the two have even attended each other’s family holiday parties.

he can’t see his Little Brother every week (which is rare!), he reaches out in some way to let Gunner know he is always there for him. One year, Will even sent Gunner a postcard right before Christmas thanking Gunner for being a great Little Brother!

Will has said “Gunner always seems really excited whenever we get together. I really enjoy being his Big Brother.”

In 2017, Will got married and his Little Brother Gunner was in the wedding.

Gunner’s mother is extremely thankful for the relationship Will has helped provide for her son. She has even said she wishes she could clone him so all her children could have their own “Will.” She counts herself lucky for the one-in-a-million Big Brother Will has been to her son, Gunner.