Changing lives - one story at a time.

The impact a Big Brothers Big Sisters relationship can have is real. We hope these match success stories inspire you to start something by becoming a donor, volunteer, sponsor or become more involved with our agency.

BBBS Board Chair, Blake Dowling-CEO Aegis, talks about his personal mentors in life

Read more about BBBS Board Chair, Blake Dowling-CEO Aegis, talks about his personal mentors in life 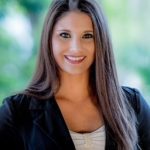 BBBS announce their newest Board Member 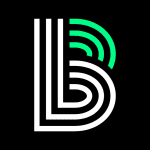 Big Sister Jenifer and Little Sister Leah have been matched in our community based mentoring program for 4 years. Recently, they went on the “Where Is Waldo” adventure organized by Midtown Reader and sponsored by many other local stores. They had the best time exploring local stores such as Stone Age, Kanvas Beauty Salon, Wild Birds Unlimited, Midtown Reader, Black Dog Cafe, and Friendshop (inside the public library). Jenifer and Leah were able to come up with the best course of action to accomplish the goal of how many places they wanted to go to and what types of places they were going to visit. They discussed all kinds of things that they saw in each one of the stores they went in. Doing this activity together, rekindled their love for reading, as they discussed the books in the bookstores they went in. They both learned not to give up as they felt that Waldo may be right in front of you and you could just be missing him! Jenifer and Leah asked for stamps as they went along and then played their own version of hide and seek in one of the stores which caused great laughter between the two of them. It was such a good time!!!!

BBBS Board Chair, Blake Dowling-CEO Aegis, talks about his personal mentors in life

Read more about BBBS Board Chair, Blake Dowling-CEO Aegis, talks about his personal mentors in life

BBBS announce their newest Board Member

Big Brother Casey and Little Brother Ka'shawn have been matched in our Community Based program for over 3.5 years! Read about what Big Brother Casey had to share about their most recent outing together.

"Okay this is one of only two B-29s left in the world that can still fly. It's named Doc, because in the 50s all of the planes in its unit were named after characters from the Disney Snow White film. These were the largest planes flown in combat in WW2. They were really only used in the pacific in late 44 and 45 I think. We waited in line and were able to enter the front of the plane near the bomb bay. That's where KJ and I took a photo and the background is green. They even had fake bombs that showed the size of the real ones (the 500 LB bomb and the larger one were giant!!). We were able to spend about 3 minutes standing at the back of the cockpit where there were multiple crew station such as navigator. They explained the jobs and where people sat. KJ is very into WW2 and military history and had never seen anything like this before. He said he's a tank guy and not a plane guy before the outing. After the outing he said that he thinks he likes planes too! This plane travels across the country landing at different cities for people to come see it. It was in town from THU-SUN."